We’re only weeks away from the expected September/October launch of the 2020 iPhones, thought to be called the iPhone 12 and iPhone 12 Pro, if Apple follows the same naming scheme it used for the 2019 iPhone lineup. And rumours suggest Apple will offer four iPhones in three different sizes, with the introduction of new sizes for the first time in a few years, along with a new range of colours such as navy blue, light blue, violet, and light orange, among others.

Though Apple is expected to continue offering both higher-end (aka more expensive) iPhones and lower-end (more affordable) iPhones in 2020, all of the devices may come equipped with OLED displays this year which will allow for more flexible handset design.

The A14 chip could feature 15 percent increased performance and a 30 percent reduction in power consumption compared to the A13 chip. The A14 chip will focus on speeding up artificial intelligence and AR tasks.

While the iPhone 12 will have 4GB RAM, it is believed the four iPhones in development will feature varying amounts of RAM.

The iPhones coming in 2020 could have some small gains in battery capacity as Apple suppliers are working on a custom battery protection module that’s 50 percent smaller and thinner than the same component in previous iPhones. That could free up valuable space in the iPhone.

Upcoming iPhone 12 models might not ship with a power adapter in the box, Apple may be planning to nix the adapter from the box in order to cut down on iPhone 12 production costs as adding 5G support has been expensive.

While it is thought that Apple is eliminating the power adapter from the iPhone 12 boxes, the company may introduce a new USB-C to Lightning cable with a more durable braided design.

Apple made major changes to the rear camera system in the 2019 and 2020 may bring even more camera improvements. Rumors suggest some of the new iPhone models coming in 2020 will feature a 3D camera.

It is thought that one of the iPhones coming in 2020 will use an ultrasonic fingerprint sensor manufactured by Qualcomm, but most rumors have suggested that Apple is targeting a 2021 launch date for the technology.

In 2020, Apple plans to transition back to Qualcomm modem chips instead of Intel chips, using Qualcomm’s 5G technology in its iPhones. There are two kinds of 5G networks — mmWave (faster and limited in range) and sub-6GHz (slower but wider spread) and there could be some differences in which countries support which specifications.

Apple’s 2020 iPhones could instead support a new Wi-Fi standard known as IEEE 802.11ay, a followup to 802.11ad, which quadruples the bandwidth and adds up to four streams of multiple transmission/reception.

Apple’s iPhone 12 models may not come with the wired EarPods included in the box, but they may offer some kind of AirPods promotion in late 2020, perhaps offering a discount to customers who purchase a new iPhone.

As with all Apple product launches we won’t know until the day what really comes in the box, but there have been some more outlandish rumours such as a foldable display in partnership with LG Display, but it’s highly unlikely that will be part of this release, but we’ll just need to wait and see! 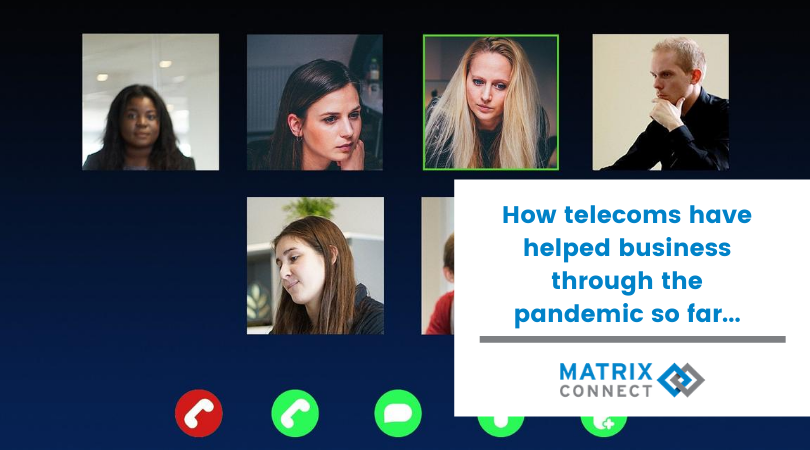 How telecoms have helped business through the pandemic so far...

Your email address will not be published. Required fields are marked *

Any cookies that may not be particularly necessary for the website to function and is used specifically to collect user personal data via analytics, ads, other embedded contents are termed as non-necessary cookies. It is mandatory to procure user consent prior to running these cookies on your website.